The Best HVAC Brands for Every Budget in 2021 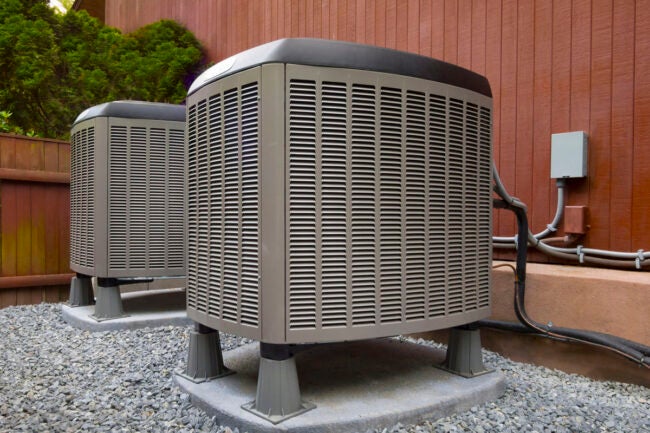 Whether it’s an air conditioner, furnace, air handler, or all three, replacing a home HVAC system is a major investment, which makes choosing the right brand of cooling and heating solutions all the more crucial.

There are many reputable HVAC manufacturers to choose from, many of which have been around for 100 years or more. Selecting the right brand can be a challenge. This guide can help make that decision-making process a little easier by reviewing some of the top brands on the market today. These are brands that are on the cutting edge of HVAC technology and have reputations for manufacturing efficient and durable air conditioners, furnaces, and heat pumps. 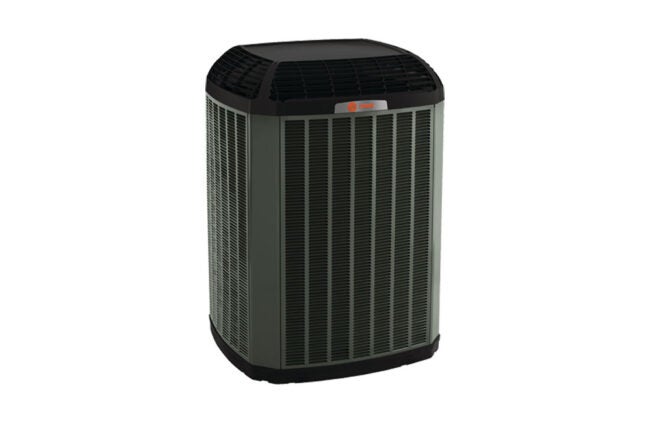 Known for: Trane is widely considered to be among the market leaders in home HVAC appliances and is well-regarded when it comes to performance and durability.
Editors’ Choice: With ComfortLink II technology, which uses a network of sensors to optimize the temperature in different parts of a home, the Trane XV-20i TruComfort epitomizes the company’s ability to integrate cutting-edge HVAC technology into its products.

Perhaps the biggest selling point for Trane is the fact that its chillers are responsible for keeping the Chunnel Tunnel, the train route that runs under the English Channel between the UK and France, at a bearable temperature, proving that it is literally “hard to stop a Trane.” In its more than 135 years of existence, Ireland-based Trane has developed a reputation for building some of the most reliable and efficient HVAC systems. The company consistently earns some of the highest dependability ratings of any brand in the industry.

Trane also is one of the only HVAC companies that does not sell their units in product lines. Instead it presents products with product numbers, which can be easier for contractors but harder for consumers to follow. What’s hidden in those product numbers is that Trane AC units have higher SEER (Seasonal Energy Efficiency Ratio) ratings than most manufacturers. Trane also is one of the most expensive brands. 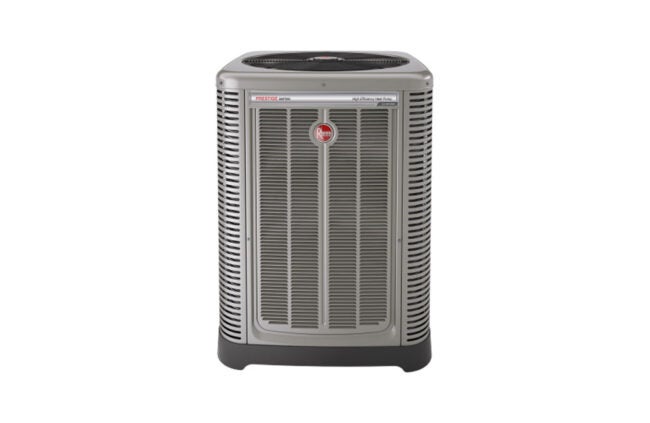 Known for: Rheem produces some of the most energy-efficient air conditioner heat pump combos on the market.
Editors’ Choice: With their use of a variable speed compressor that produces SEER ratings higher than 20, Rheem’s Prestige line of air conditioners is a testament to the company’s ability to make efficient HVAC appliances.

Rheem, which got its start nearly 100 years ago, makes its home in Atlanta and is one of the largest suppliers of hot water heaters, boilers, and HVAC systems. Though Rheem may not have quite the reputation for durability as its rival Trane, the company is still among the top when it comes to producing reliable combination heat pump and air conditioning units.

Where Rheem really shines is with energy efficiency, ranking at or near the top in that area. The company produces some of the best AC compressors, which helps keep cooling costs low. Rheem HVAC units are notably more affordable than Trane, making it a good option for those whose budget isn’t large. 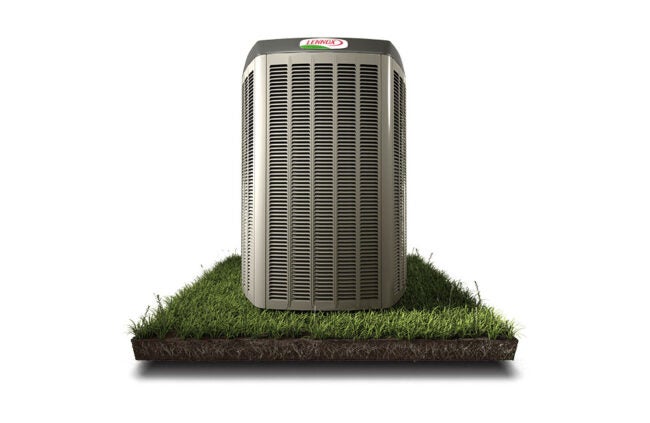 Known for: With some of the most advanced technology in the business, Lennox has gained a reputation for producing HVAC units that operate efficiently and quietly.
Editors’ Choice: The SL28XCV serves as a good example of Lennox’s ability to innovate with technologies that add efficiency.

One of the oldest HVAC brands in the country, Lennox was launched when founder Dave Lennox patented the first riveted steel furnace in 1895. The company added air conditioners in 1952. The Dallas-based company’s HVAC units boast some of the most advanced technology in the business. High-end Lennox Elite Series AC units will automatically adjust cooling based on readings from climate sensors built into the unit, and some have the ability to operate off of solar power with Lennox’s SunSource technology.

The company’s gas furnaces can automatically adjust motor speeds and flame size to operate as efficiently as possible, saving up to 33 percent on heating costs. Lennox HVAC systems also have a reputation for being among the quietest on the market. 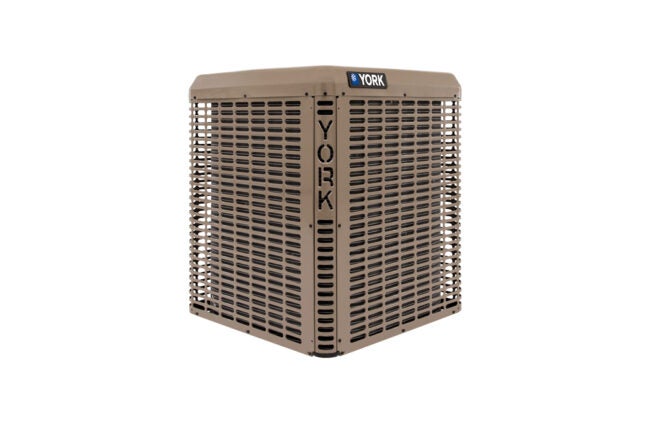 Known for: The company’s reputation for residential HVAC systems is bolstered by the commercial side of its business, which is used in major landmarks.
Editors’ Choice: The YXT, with its affordable price and Energy Star rating, is a great example of the value York offers with its HVAC systems.

The nearly 150-year-old York, based in York, Pennsylvania, started out producing ice machines before becoming one of the world’s first air conditioning manufacturers. The company is credited with cooling the first air-conditioned building and serves as the air conditioner of choice for several major landmarks, including the Sydney Opera House, U.S. Capitol Building, and Empire State Building.

York offers three furnace product lines but is perhaps best known for its LX series, which is one of the more affordable Energy Star-rated furnaces on the market. The company’s high-end Affinity line of AC units is on Energy Star’s list of the most energy-efficient air conditioners of 2021 with a SEER rating of 20. 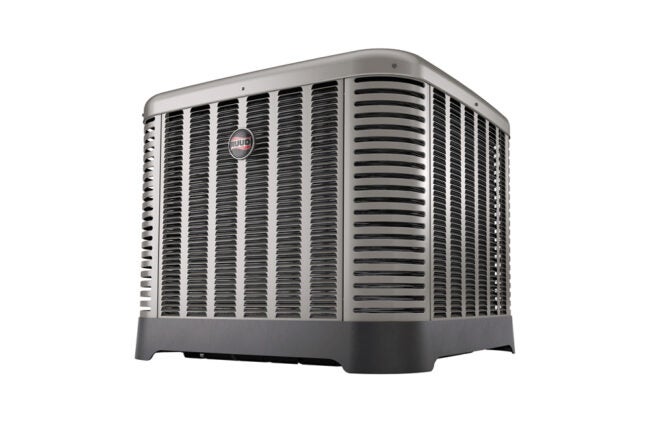 Ruud started out manufacturing some of the first automatic water heaters back in the 1880s before adding HVAC systems in the 1950s. Today, the Atlanta-based company is a subsidiary of Rheem and offers heating and cooling systems through its Ultra, Achiever, and Value lines. The company’s high-end Ultra air conditioners put out an impressive 19.5 SEER on the high end. Its Value series, meanwhile, presents a reliable option at the lower end of the price scale, producing some of the most affordable gas furnaces and air conditioners on the market.

Ruud also has a solid reputation for producing reliable systems with designs that make its internal parts more accessible, which means servicing them is easier, faster, and less expensive. 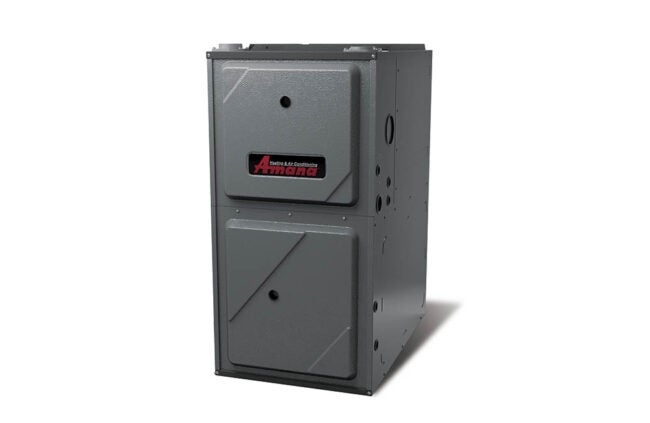 Founded as Amana Refrigerator in 1934, Amana may be better known for its dishwashers and refrigerators. However, the company sold its line of appliances to Maytag more than 25 years ago, but continues to produce central air conditioning units and heat pumps.

Amana’s HVAC SEER ratings aren’t as high as other brands, but it does use some impressive technology. A furnace’s heat exchange is an integral part that typically indicates the end of a furnace’s life when it cracks. Amana changed the industry when it developed a stainless steel Million-Air heat exchanger with a lifetime warranty. That advancement in technology set a new standard for durability in the industry and branded Amana as one of the more innovative HVAC manufacturers. 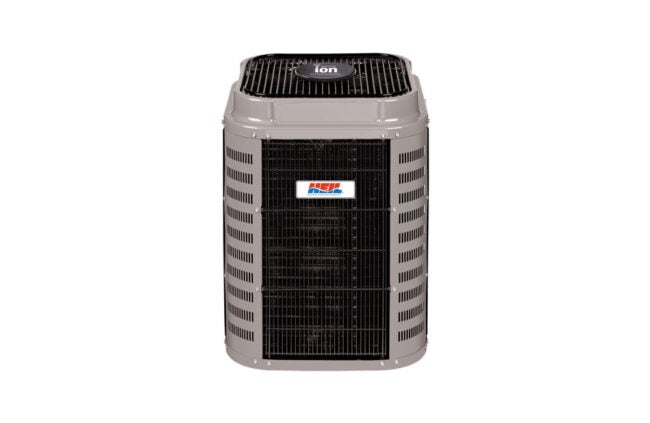 Heil was founded in Milwaukee in 1929 and for many years was a supplier of HVAC products to Sears. After a series of acquisitions through the years, Heil came under the ownership of HVAC giant Carrier. Today, Heil’s product lines continue to include gas and oil furnaces, air conditioners, and heat pumps.

The company’s high-end Ion line of furnaces are known for excellent heat transfer that makes them more efficient and has given the company a strong reputation for efficiency. The company also uses its energy-efficient Ion System Control to communicate back and forth between the thermostat and HVAC unit and boasts Wi-Fi capability, making it one of the more technologically advanced names on the market. 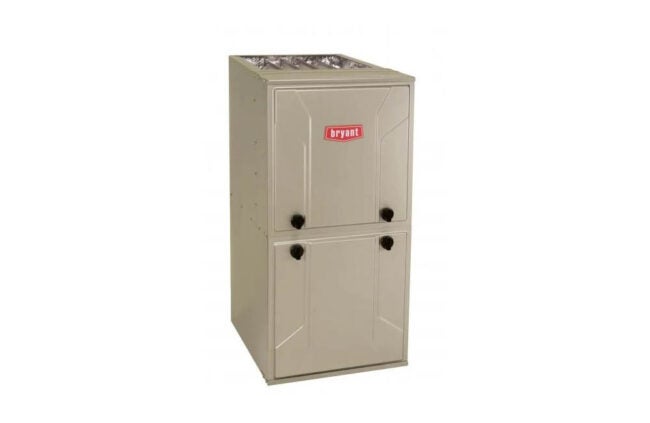 Known for: The company produces some of the most efficient furnaces and some of the quietest air conditioners.
Editors’ Choice: The 98.3 percent efficiency of this Evolution gas furnace epitomizes the Bryant product line.

Bryant, founded in 1904 in Cleveland, was one of the biggest gas boiler companies in the early part of the 20th century before going through a series of acquisitions. Now based in Indianapolis, the company currently operates as a subsidiary of United Technologies Company (UTC), which acquired it back in 1979.

Although the company puts out three product lines of HVAC systems, it’s perhaps best known for its Evolution series of furnaces, which boasts one of the industry’s highest ratings for the amount of heat it produces for each dollar of fuel consumed. These units are capable of reaching outputs of up to 20 SEER. Its air conditioners are some of the quietest in the industry, thanks to the AeroQuiet System II noise dampening feature. 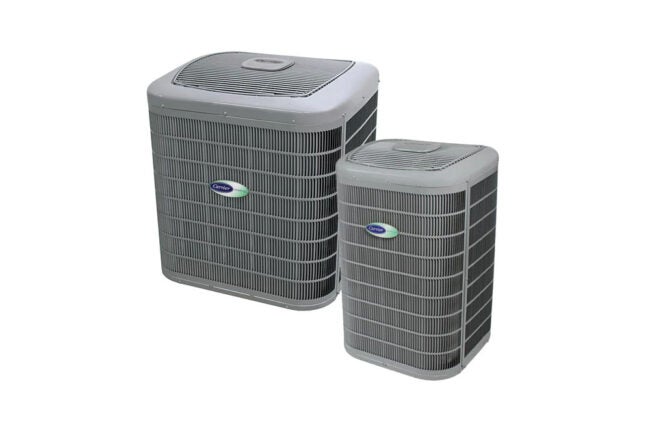 One of the better-known brands in the HVAC industry, Carrier was founded by Willis Carrier, who invented the modern air conditioner in 1902. Carrier, which is one of several HVAC manufacturers owned by United Technologies Corporation (UTC), is one of the leaders in not only air conditioners but also gas furnaces and heat pumps.

Carrier continues to be an innovator, which is evident in its two-stage air conditioners that offer high efficiency, boasting a SEER rating of up to 21. While Carrier’s top-tier products are among the most expensive on the market, the company also is a fixture at the lower-end thanks to its efficient and affordable Comfort series. 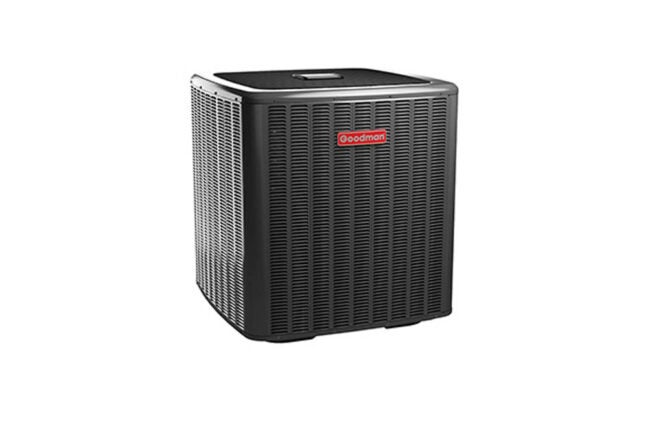 Known for: The company has a reputation for design features that improve the durability of its residential HVAC systems.
Editors’ Choice: The Comfort Bridge technology in Goodman’s top-tier GVXC20 split air conditioner, which boasts a whopping 24.5 SEER, demonstrates the air conditioner’s high efficiency capability.

Although Goodman is nearly 50 years old, it’s actually one of the younger HVAC brands on the market. The company, which also owns Amana HVAC systems, puts out a large line of heating and cooling systems.

The company’s HVAC systems are known for their solid construction and innovations in durability. They include coil guards for protecting the unit from debris caused by lawn mowers and other potential threats, and special filters keep dirt from entering the system. That quality construction also translates to its furnaces, which have a durable steel heat exchanger and a multi-speed blower that adds efficiency while keeping the unit’s noise level low.