defined by its facade of rhythmic timber, ola studio’s franklin house is situated along australia‘s coastal town of portsea. sitting calmly on the lands of the bunurong people, the area sees small, sandy driveways along the road which disappear into a wall of foliage, which cloak the neighboring dwellings. designing the house, the team was informed by the eclectic art interests of the clients. these include japanese, greek, indigenous, and mid-century modern styles. ‘franklin’ is a response to a well-defined brief from the client which requested a ‘japanese inspired fuzzy white cocoon’ that is private, peaceful, fresh, and organic. 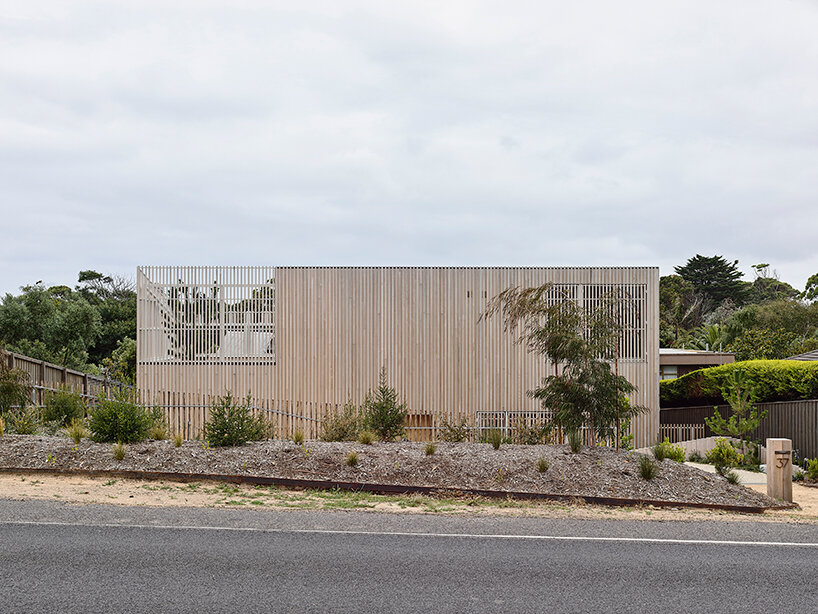 ola studio creates its franklin house as a tranquil place to live, work, gather, and play. the organization is designed to accommodate a shifting number of occupants while maintaining a sense of calm and retreat, whether there is only one occupant or a group. the house responds to the characteristics of its beach-side site rather than the more suburban characteristics of the neighborhood. the team establishes a sense of belonging to the natural environment rather than the built, and in turn establishes an architectural language of tranquillity. 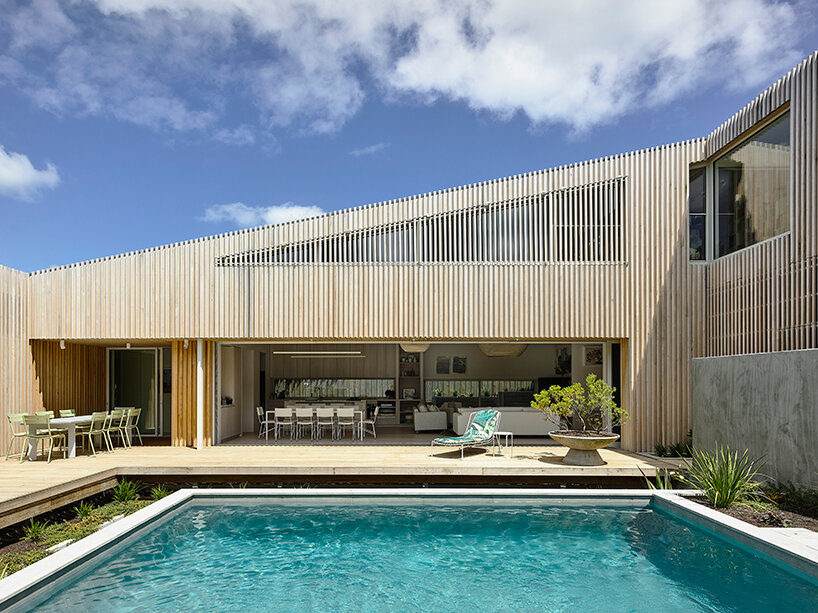 the form of ola studio’s franklin house is simple and is expressed with a cross laminated timber (CLT) structure. the construction employs australian grown pine processed and fabricated in victoria while a single skillion roof covers a simple rectangle with a large north facing cut out. the roof pitches from the rear and low end of the site level with the hedge and rakes up at a slightly steeper angle to the slope of the site allowing franklin to gently pop his head above the tree and hedge line at the front. the frontage has been replanted with indigenous coastal scrub that will return the streetscape plant screen with planting appropriate to the area, and further enhance the beach side character. 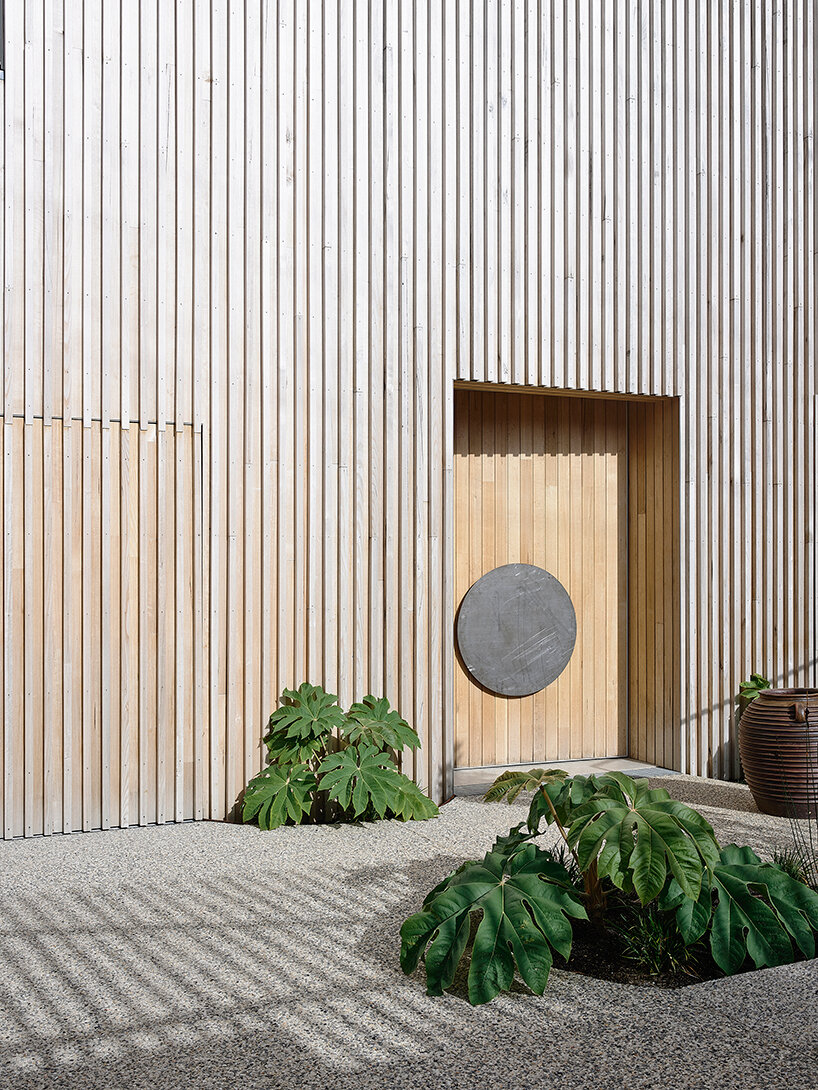 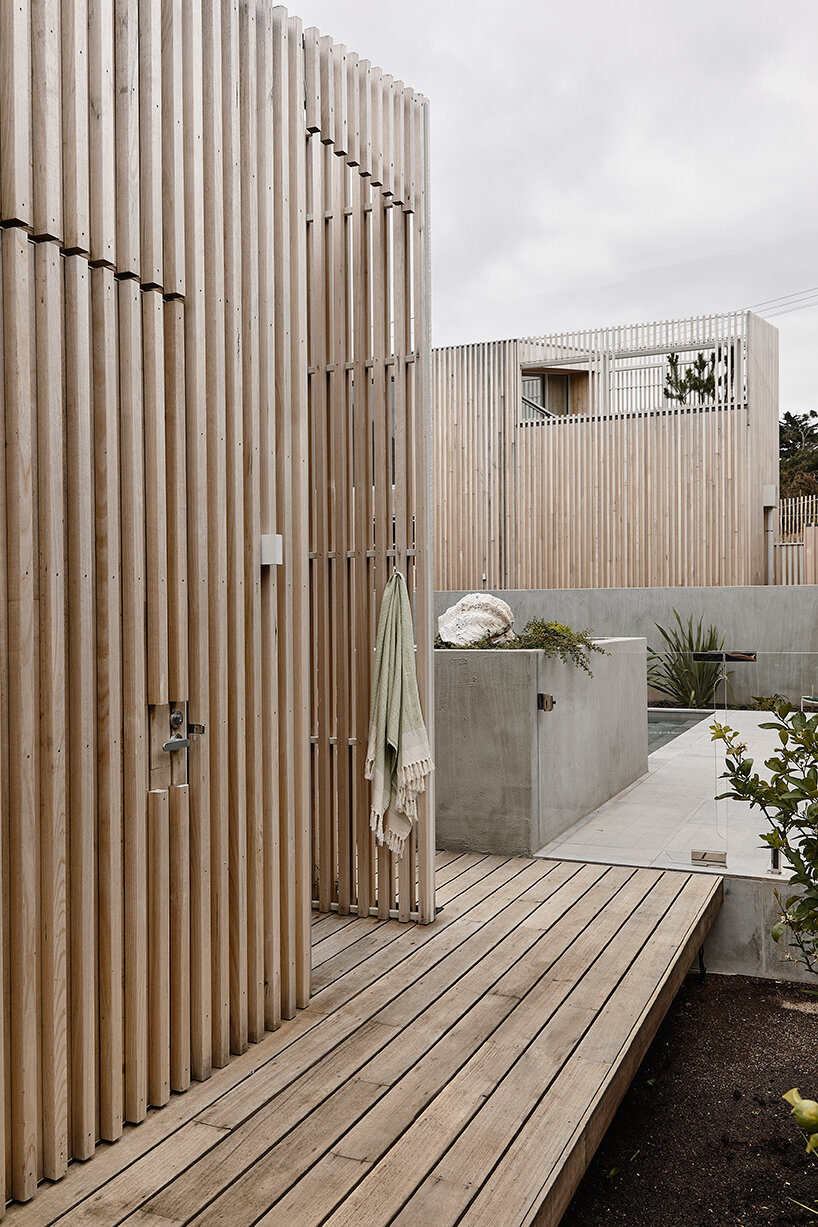 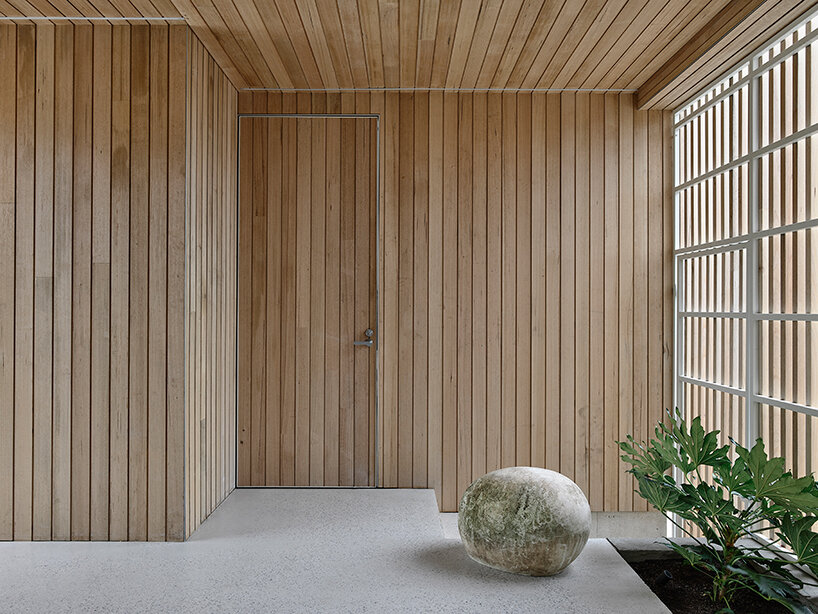 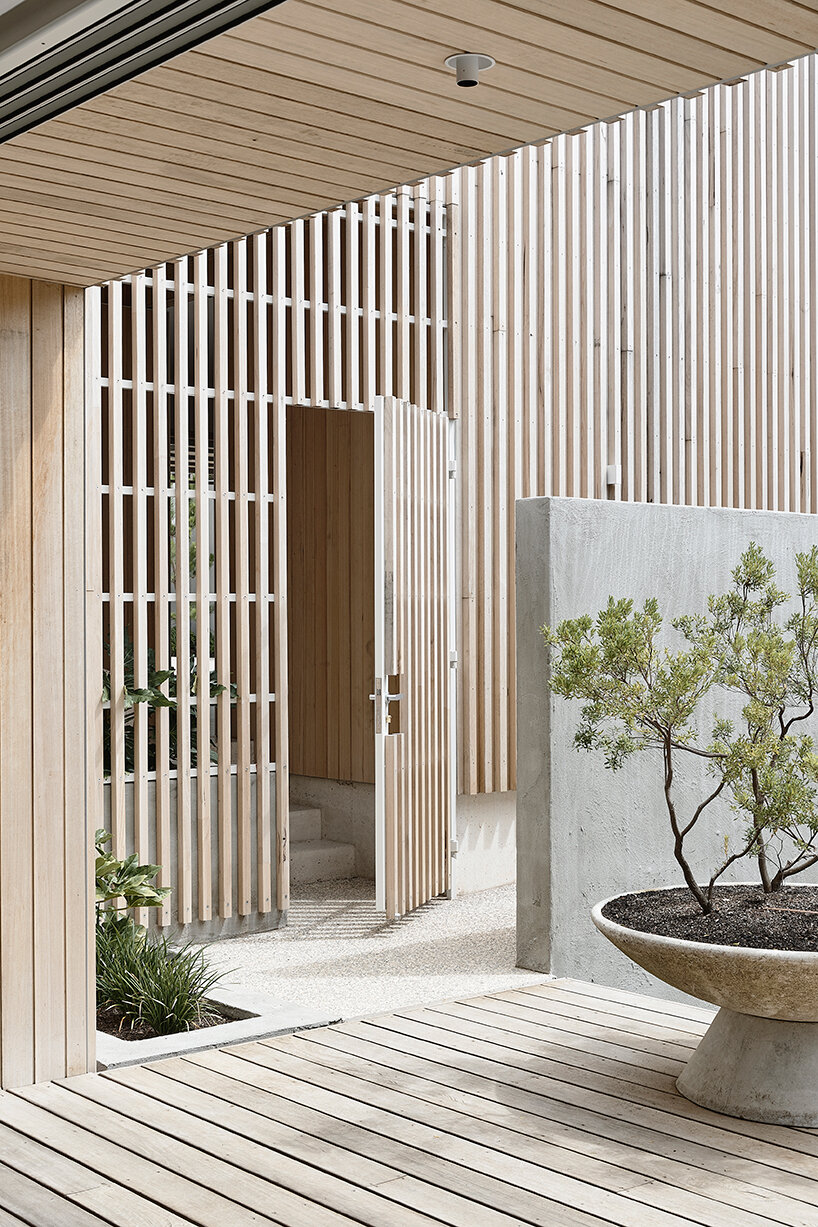