New York dad Eric had no idea how to set up a new home after he was divorced three years ago. He moved into a one-bedroom flat in Manhattan’s Chelsea neighborhood and needed help figuring out how to make it warm and welcoming for his three sons.

“I moved into an apartment with literally nothing — only my clothes and no furniture at all. My kids were coming to stay with me and all I had was an air mattress for them,” he said.

Fortunately, Eric (who asked that his last name be withheld) heard from a friend about Stacey Herman and her Stripe Street Studio, the first design firm that specializes in interior design, home set-up and organization for divorced dads.

Herman is used to hearing from divorced fathers who have only a mattress and a few pots and pans, and she’s made it her mission to turn bare-bones bachelor pads into comfortable, personalized family homes.

“I needed help with how to start a new chapter in my life. I needed to start over and I had these wonderful children who needed love and attention. I was looking… [for] someone who could help me put together a home life for my children. They needed and deserved a home where they could have their own space, where there was food in the pantry where I, as a father, could build a life with them. Stacey was the solution,” Eric said.

From initial consultation to installation, Herman provides design and organizational support down to the smallest detail.

“We do everything from furniture down to the vegetable peeler,” she said. 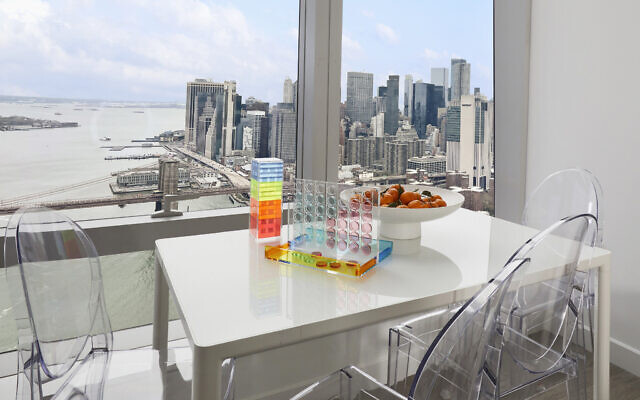 Based in New York and Tulsa, Oklahoma, Herman, 50, launched Stripe Street Studio in 2020 after a significant number of divorced dads contacted her at her other firm, Fluid Design + Relocation, which specializing in private homes around the US and creating custom pieces for corporate entities.

To date, Stripe Street Studio has designed homes for nearly 50 clients all over the country, living in both apartments and houses. The men are of all ages, and their children range from preschoolers to college students.

“It’s a smart niche, considering that even the most progressive couples seem to often relegate most major design decisions to the wife,” Kaufman wrote in an article for his publication.

We do everything from furniture down to the vegetable peeler

As a gay man, Kaufman, who is Black and Jewish, had no wife to begin with. He felt that in divorcing, he and his Latin American ex-husband had failed not only each other and their boys, but also their community, which had fought so long and hard for marriage equality.

“With our family now fractured, how could I be a role model if I was no longer so sure of my role? Honestly, I am still not entirely sure. But our new home — first with my own attempts at design and more recently improved by help from Herman — has provided me with the necessary space to figure what it means to be a divorced gay dad (and, along the way, perhaps become a new kind of role model),” Kaufman wrote. 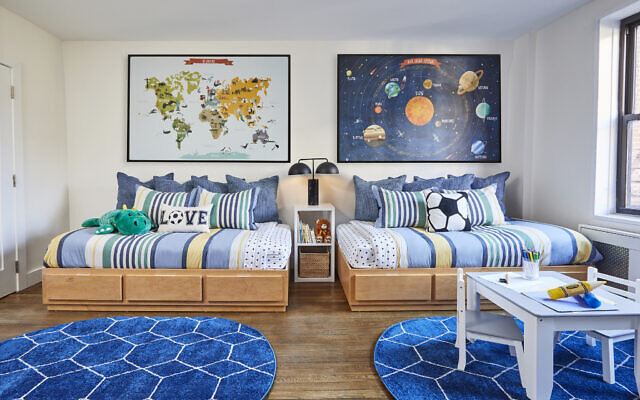 In an interview from her home in Tulsa, Herman, a married mother of two teenagers, expressed empathy for families going through a break-up.

“Going through a divorce is overwhelming financially, legally, emotionally and custody-wise. Dads don’t have time or know where to access things and how to put them together,” she said.

Herman, who employs a team of 10 at her studio, shared her process for helping a divorced dad create a haven meant to strengthen his relationship with his children, and the relationships between the children themselves. She uses the same four-step process whether she is designing an entire house or apartment, or just a room or two.

“I give the dads the tools to talk to their kids and make them part of the process. The strategy is for them to create a home together so as to create continuity from pre- to post-divorce life, and to emphasize that this new home is not just ‘dad’s place,’ but rather a family home,” Herman said. 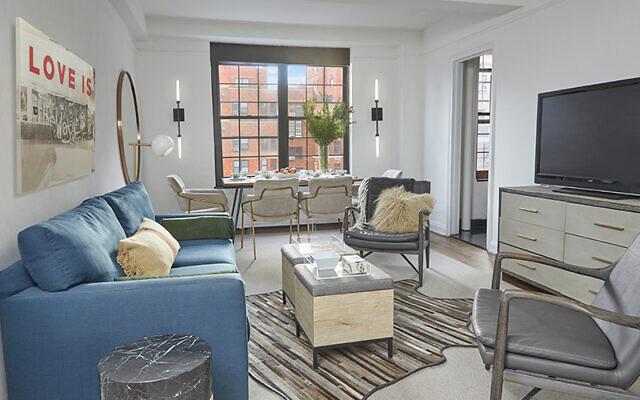 Kaufman described Herman’s process as “both straightforward and all-embracing.”

She has several conversations with the client to get a vibe for how he presents himself. She can get a sense of his style and taste based on his favorite clothes, music and so on. 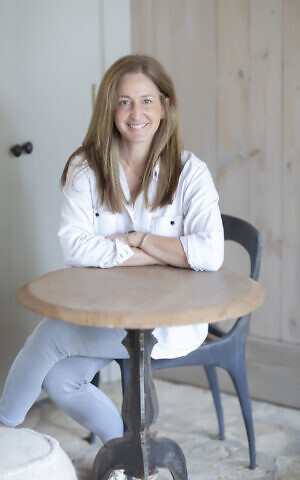 Herman assists the client in analyzing the space for the best use according to his and his childrens’ lifestyle. Then she zooms in on what she calls “Sit-Eat-Sleep.” In other words, they focus on the pieces the family need to do these essential activities.

The third step is to consider personalization such as colors, decor specifics and inclusion of items of personal meaning. Herman helps fathers think together with their kids about these things, and about activities they like to do together.

For example, for one client, Herman framed the cover of a record album a father and his son enjoy listening to together. For another, she made sure to install a rack for hanging the family’s skateboards.

The final stage of design is about making the space warm and cozy with accessories like rugs and pillows.

Throughout the process, Herman provides the dads options to choose from.

“They know what they like when they see it, and then we home in from there,” she said. 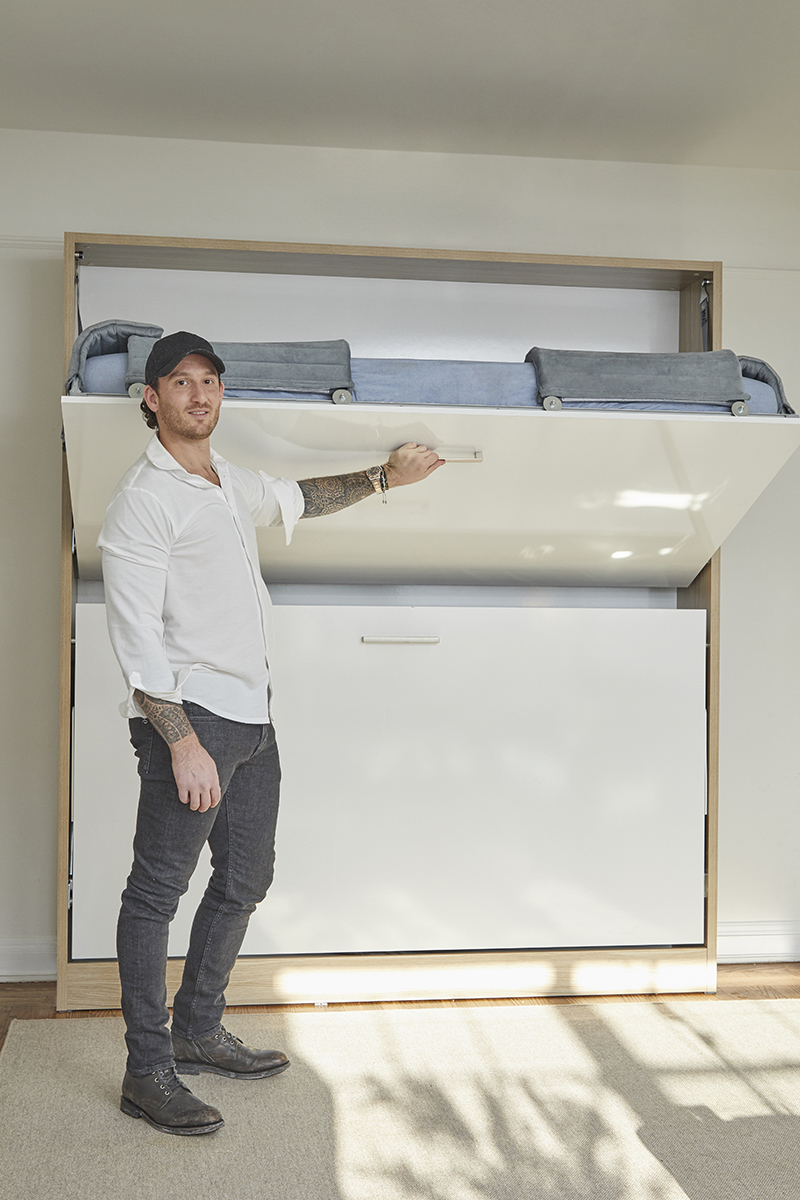 Eric readily admitted that he would not have been able to put his apartment together without Herman’s professional, yet caring approach.

“We met several times and [Stacey] quickly learned my taste and what I was looking for. After that it was all her. She did it all — sent me design ideas, ordered everything, had it all laid out. It was absolutely incredible,” Eric said.

“She did every detail from where to put snacks for the kids to ordering me a bed, toaster and organizing my closets. She had shelves put in, art on the wall, little touches everywhere, games for the kids… She learned a lot about my children and set up things especially for them. For example, my eldest son loves games and she got me a great backgammon set up for him. We love to play it together,” he said.

Stripe Street Studio charges by the hour and offers a range of packages based on a client’s budget. For those who cannot financially avail themselves of Herman’s services, she offers a few key tips. 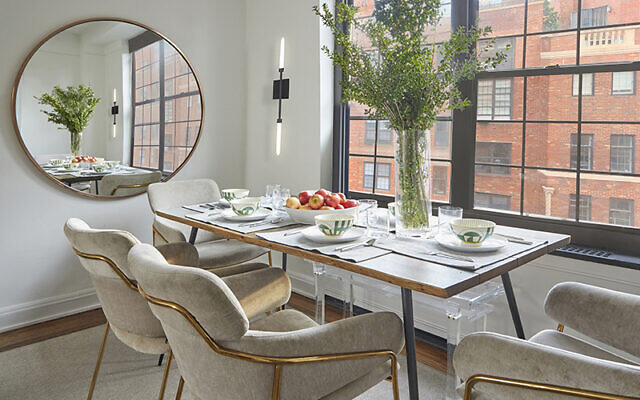 “Focus on ‘Sit-Eat-Sleep,’ and think of the space through your kids’ eyes,” she said.

“Also, set the space up so you can connect and do activities with your kids. The space should be arranged to be conducive to structures and routines. Think about where snacks will be stored, how bathrooms will be set up, where to put a bedtime reading library,” she said.

Herman has observed that the assistance she gives a divorced dad in setting up a nice home goes a long way toward reducing anxiety in the entire family, including for the ex-spouse.

Eric warmly recalled the moment he revealed his newly designed apartment to his boys.

“They loved it! The smile on their faces will not be forgotten ever.  They really appreciated what Stacey and I did. They were home,” he said.