5 Buildings That Showcase the Aesthetics of Contemporary Architecture 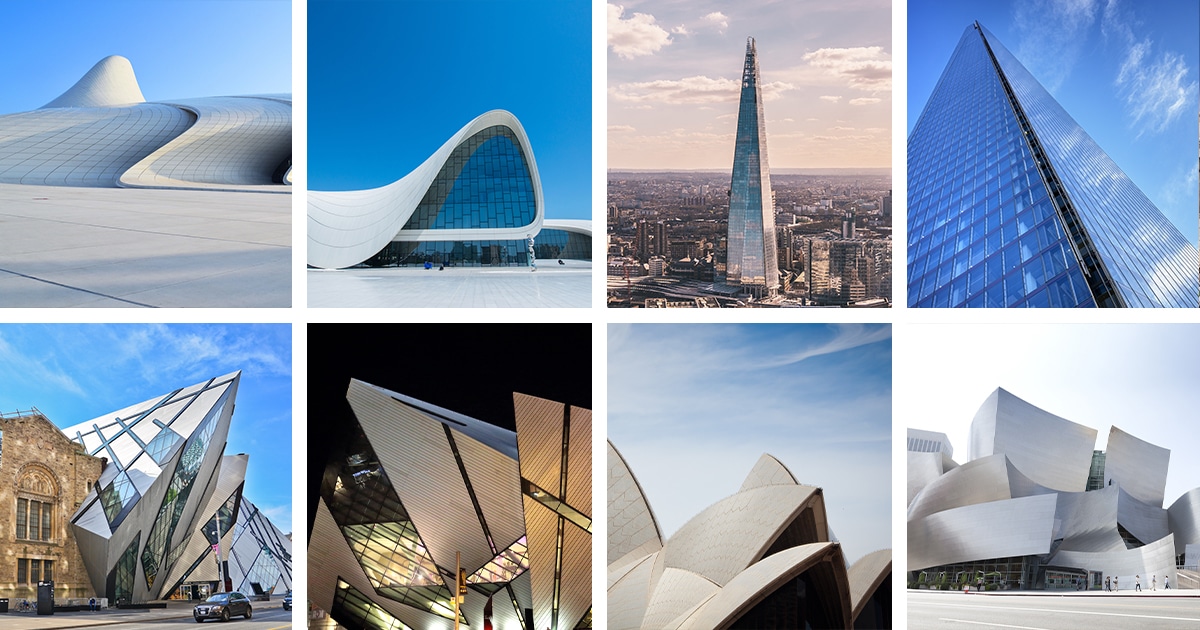 One important thing to note about contemporary architecture is that it is far more global than most of its predecessors. Important icons of contemporary architecture are popping up all around the world. They are often championed by a small collection of “starchitects” whose reputation helps them to continue working on some of the most influential projects in the world.

In this article, we break down the characteristics of contemporary architecture and some of the best examples of the style.

Innovative Use of Materials 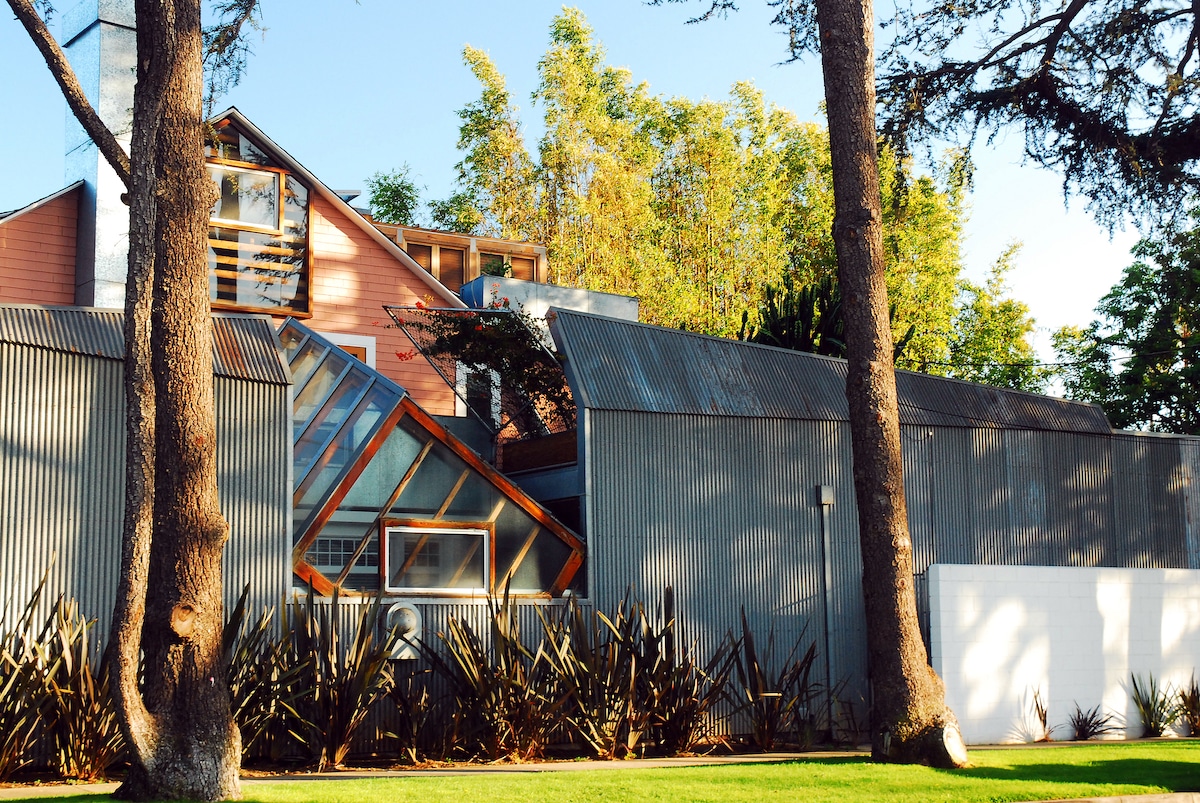 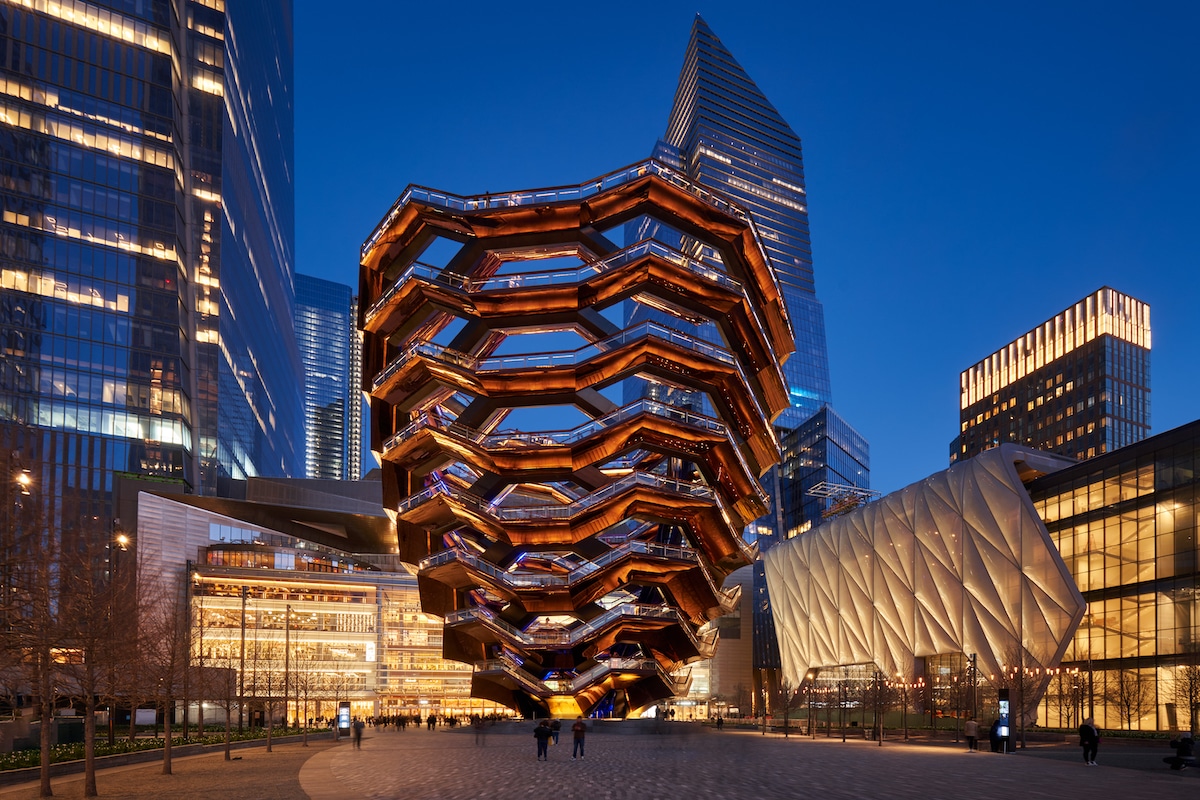 One good example of this characteristic is Heatherwick Studio’s Vessel in New York City. Monumentality refers to a building’s ability to feel like a monument or a lasting symbol of place. Louis Kahn defined monumentality as “a spiritual quality inherent in a structure which conveys the feeling of its eternity, that it cannot be added to or changed.” 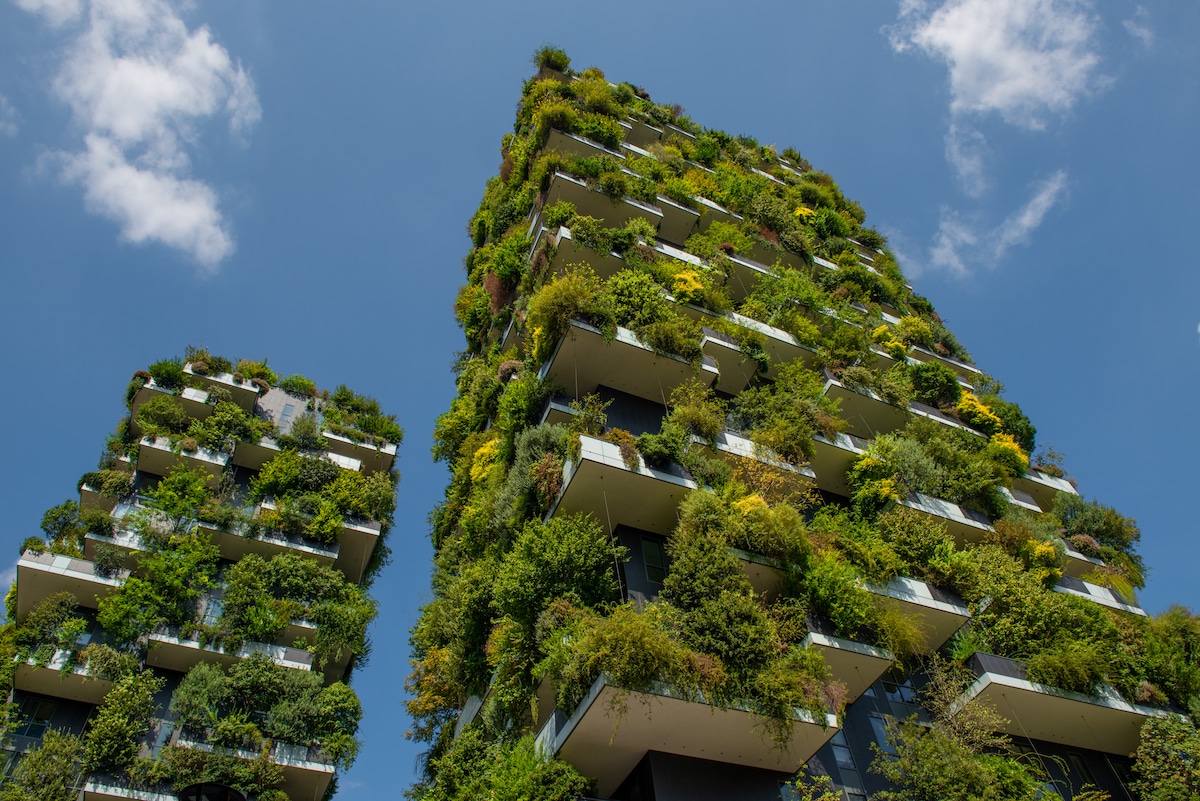 One of the most pressing issues facing architecture and the world is the need to address climate change and the effects of global warming. Architects must consider the impact their buildings will have on the environment. Elements like roof gardens, green walls, passive heating/cooling methods, and smart technology to monitor interior conditions are all becoming more and more common.

Connection to Landscape or Nature 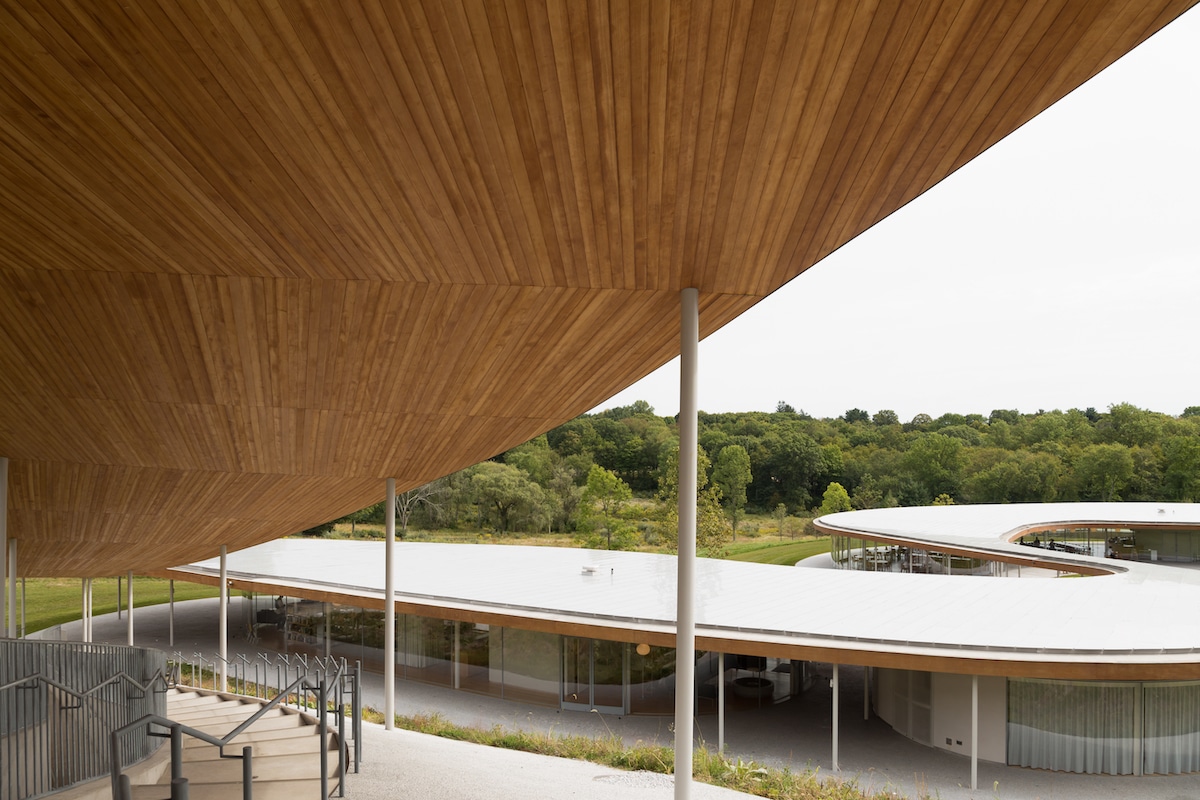 A popular theme in contemporary architecture is the blurring of interior and exterior spaces. This is often achieved by having the ground floor of an interior space at the same elevation as the natural landscape. Predominantly glass or semi-transparent materials help those on the interior feel connected to the outside. 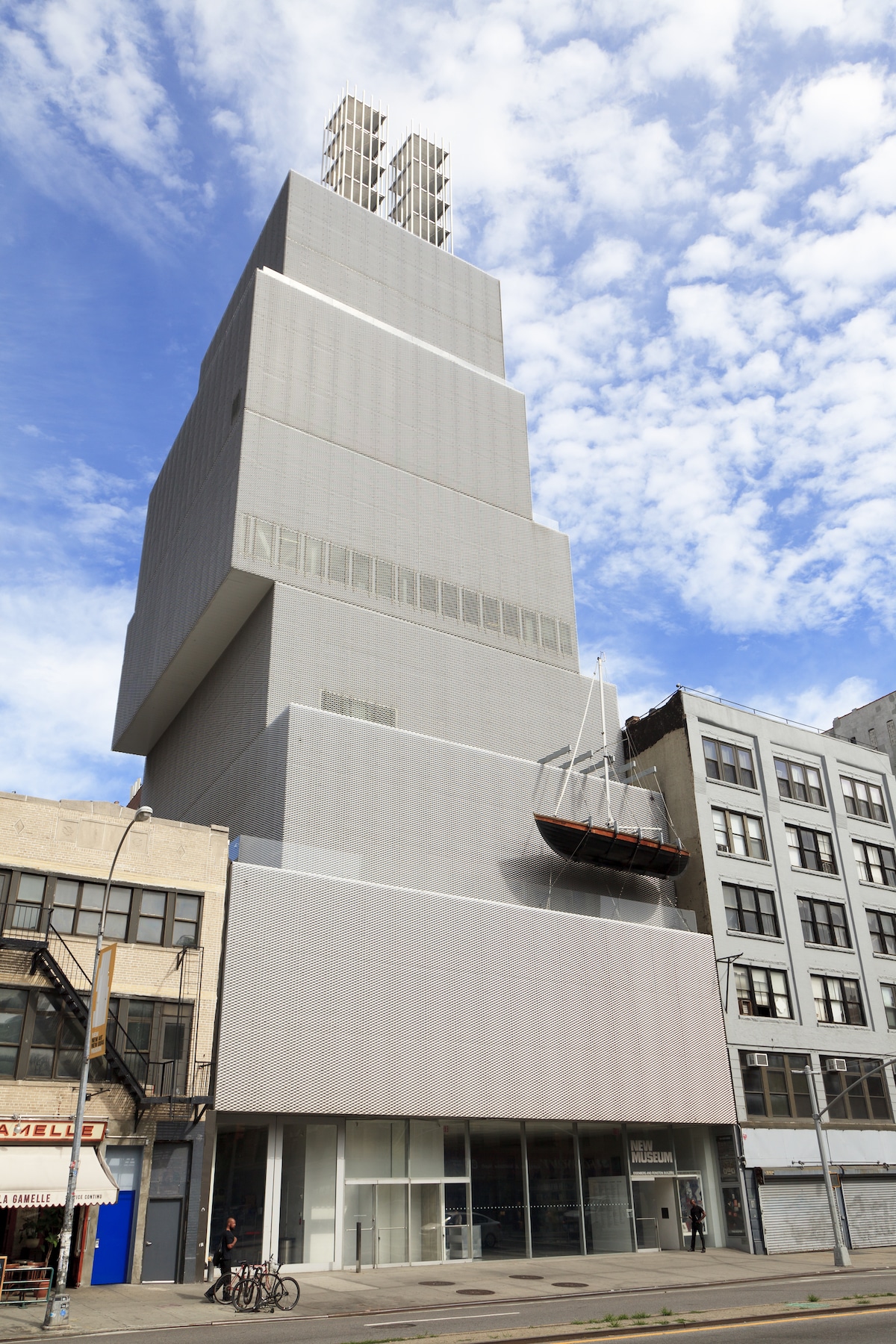 Much of contemporary architecture includes simple moves like shifting, rotating, or skewing. One great example is the New Museum of Contemporary Art by SANAA which features distinct boxes stacked and horizontally shifted. 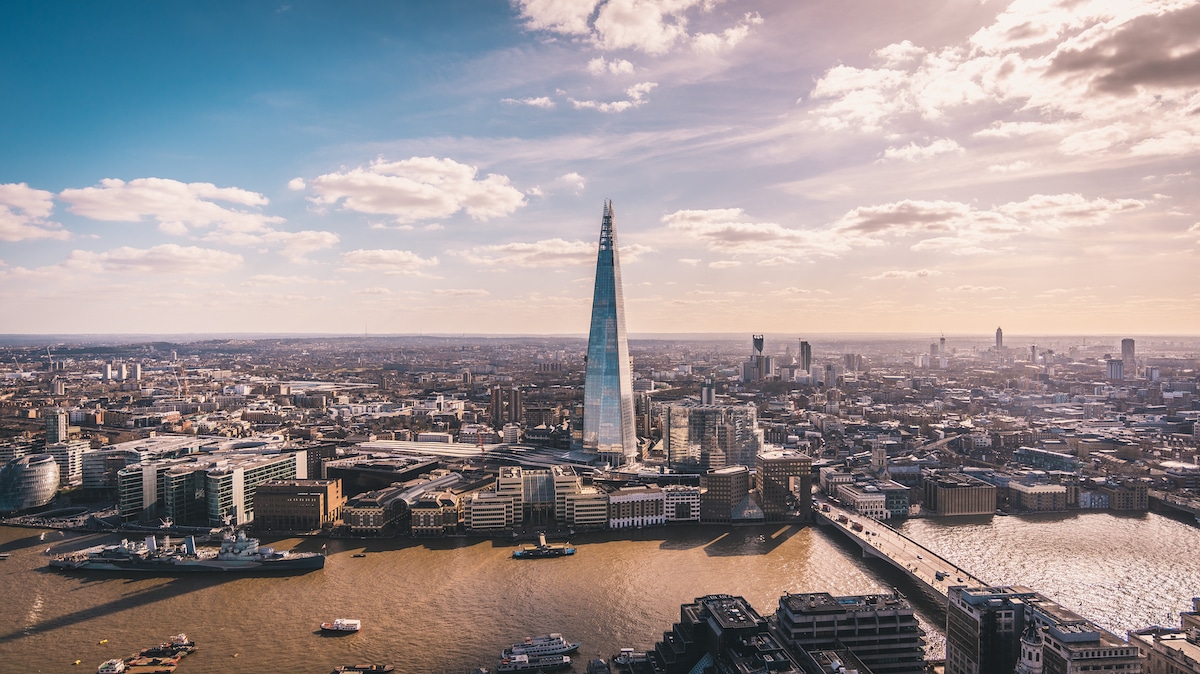 You may think of contemporary architecture as boring glass boxes, and perhaps you mourn that the beautiful details of Art Deco or Art Nouveau are long gone. It is true that minimalism is a common theme in contemporary architecture, but that does not mean that new buildings are all boring glass boxes. Often, contemporary buildings replace ornate details with monumentality—meaning that the building acts as a monument or recognizable landmark.

The Shard is a perfect example of this kind of monumentality. This iconic London landmark is named for its simple shape that resembles a shard of glass. The building was designed by Italian architect Renzo Piano and is the seventh-tallest building in all of Europe. Though it is generally a tall glass skyscraper, the playful shape makes it an interesting building and a great piece of architecture. 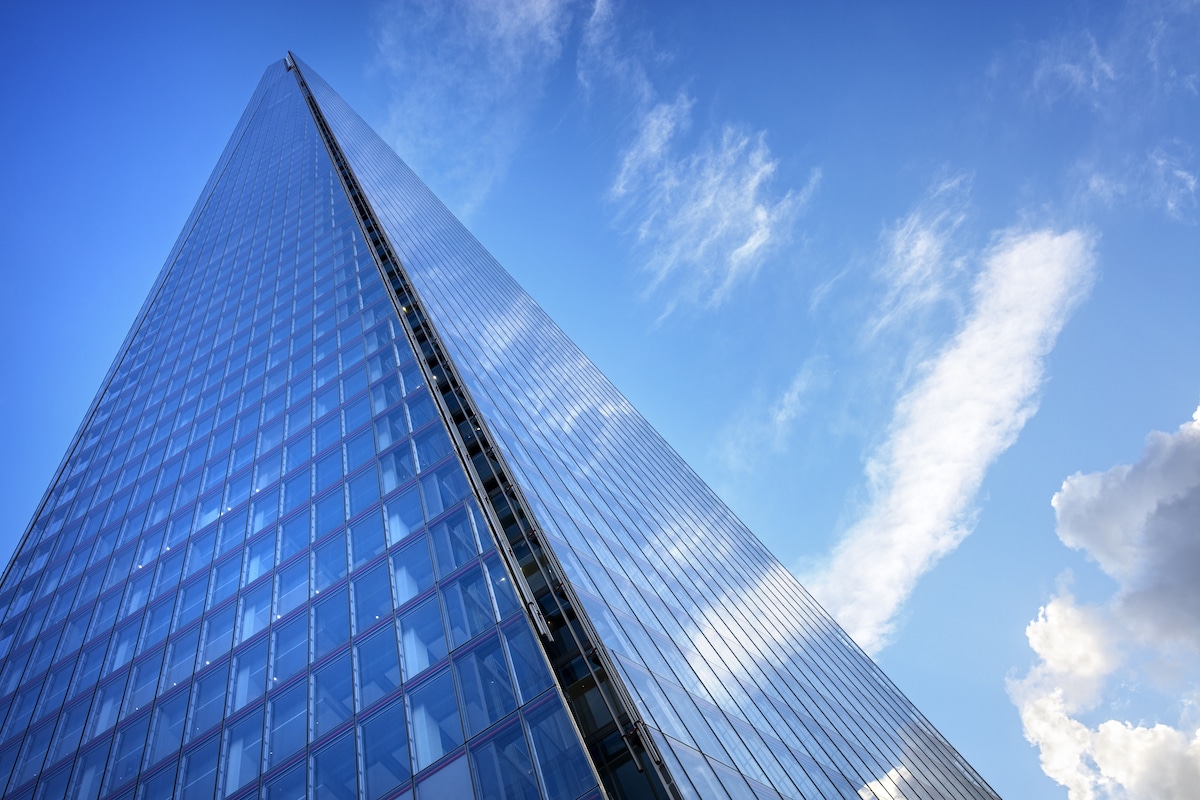 The Shard in London, United Kingdom (Photo: Stock Photos from Brian A Jackson/Shutterstock)

The Sydney Opera House is a performing arts center in Sydney, Australia designed by Jørn Utzon. It is one of the most photographed buildings in the world and a well-known symbol for Australia. White concrete sails enclose the structure to create the recognizable composition of overlapping waves. 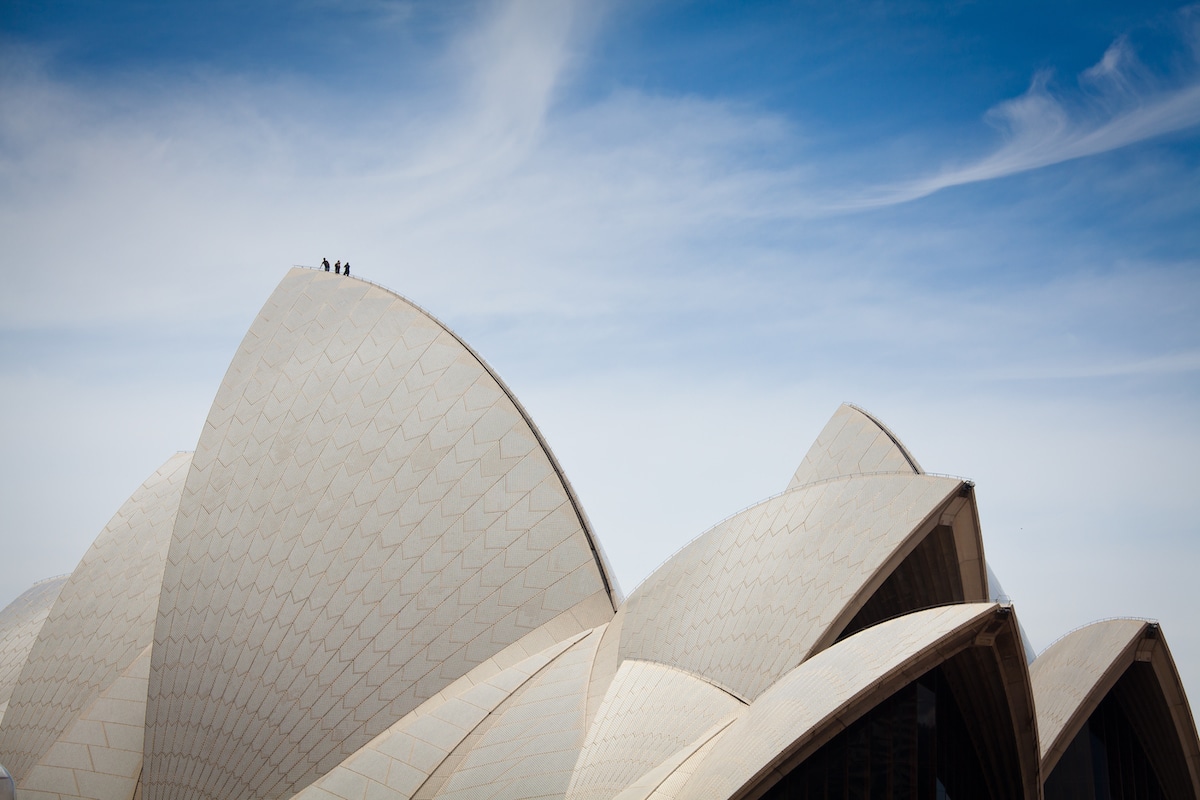 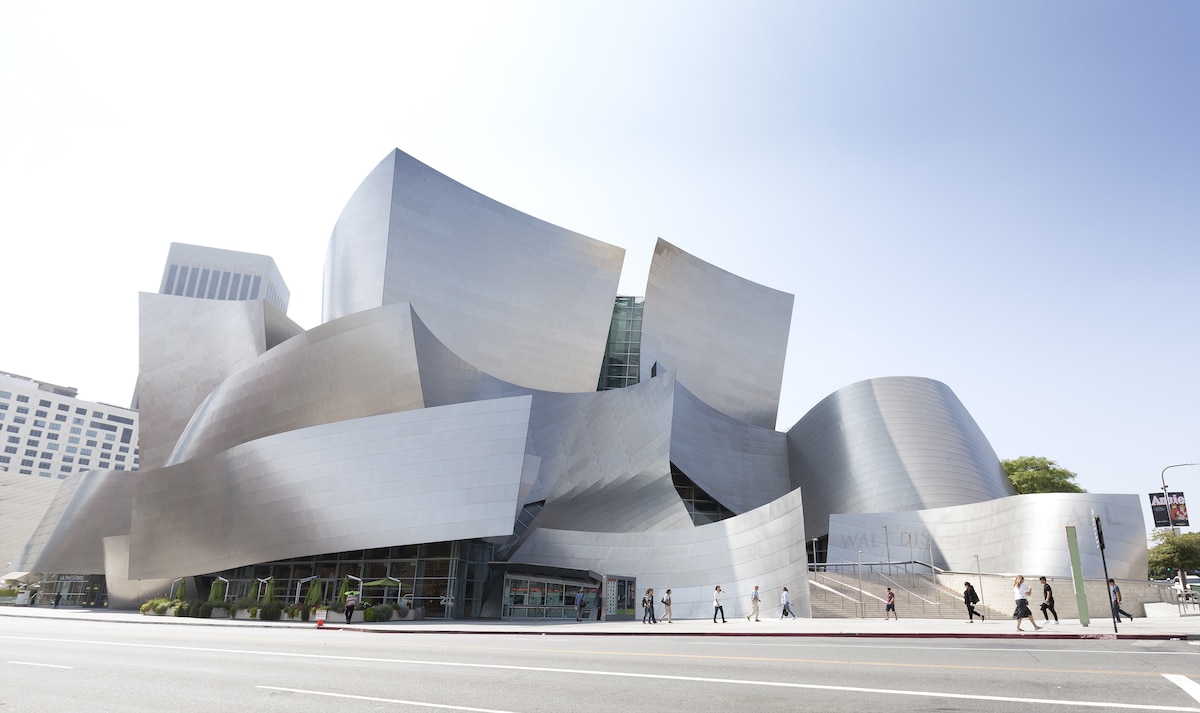 The Walt Disney Concert Hall is one of Frank Gehry’s most famous projects and is the result of a gift from Lillian Disney. Frank Gehry is an influential contemporary architect that is often understood as a postmodernist. Much of his work, including the Walt Disney Concert Hall, features contemporary characteristics like a playful use of materials and the creation of an iconic landmark.

The Walt Disney Concert Hall is the home of the Los Angeles Philharmonic and features bent metal panels that create a sculptural composition. In addition to creating an interesting feature that matched the creativity of Walt Disney, the project also prioritized the quality of acoustics which was designed by Minoru Nagata and his protege Yasuhisa Toyota. 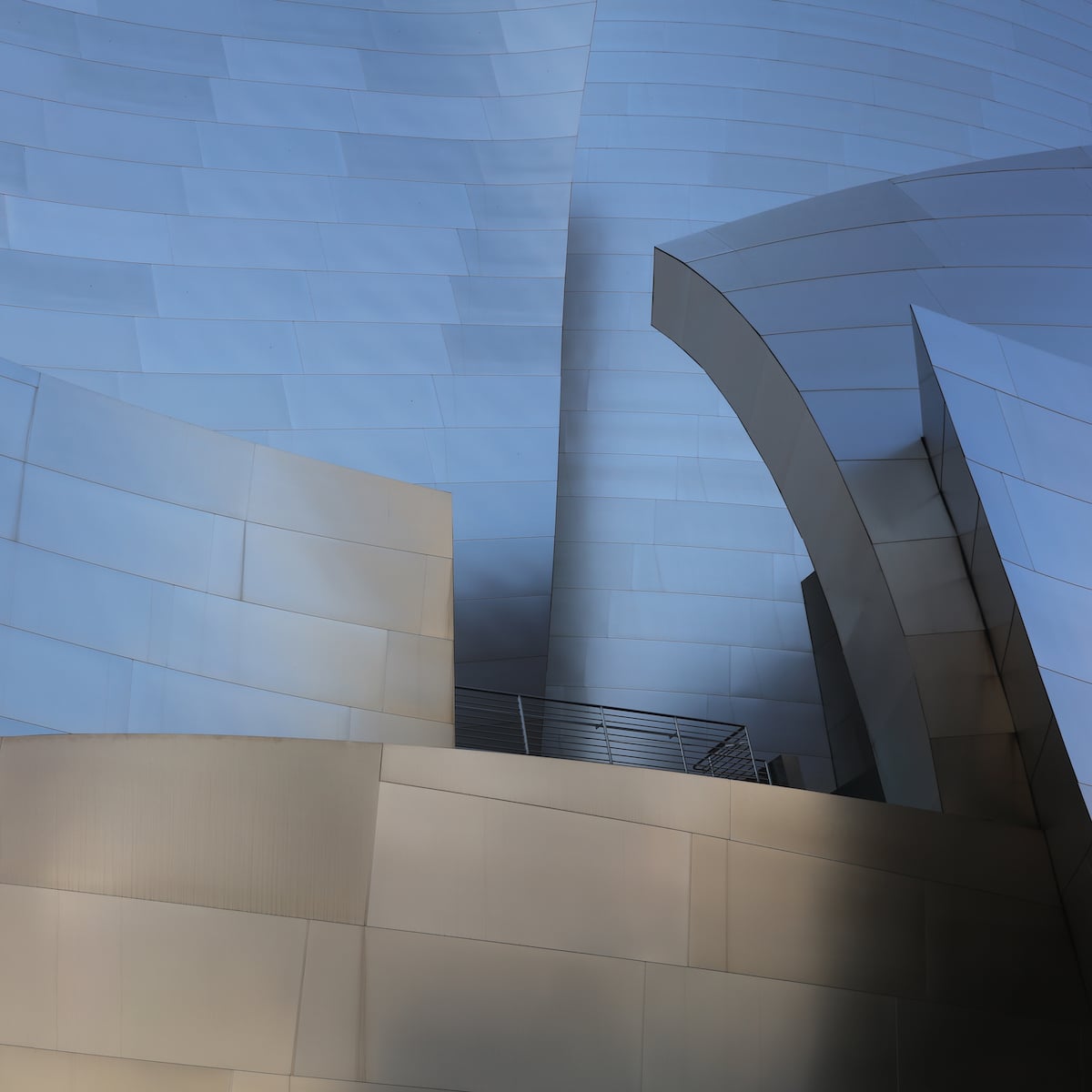 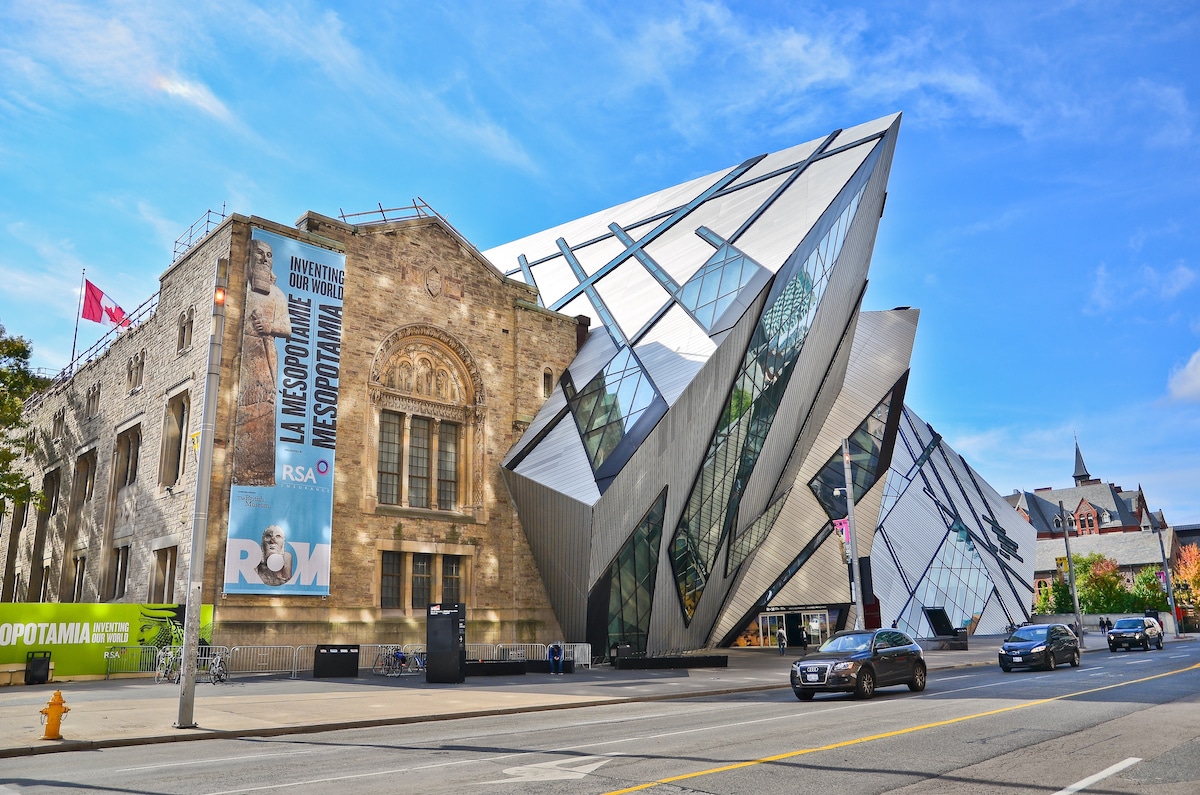 The Royal Ontario Museum is one of the largest museums in North America and a great example of what people think of when they consider contemporary architecture. ROM features a futuristic building joined to a historic design by Frank Darling and John A. Pearson in the Neo-Romanesque style with influences from other aesthetics. The contemporary addition came in the form of the Michael Lee-Chain Crystal designed by Daniel Libeskind.

The Crystal is made up of mostly angular aluminum volumes with areas of glass. This form of adaptive reuse—when a modern building overlaps with a historic building—is sometimes seen as an aggressive move. Some believe that these dynamic new objects don’t respect the qualities of the original buildings, but others believe that the Crystal, and other projects like it, make for an interesting new landmark that does not try to copy the original work. 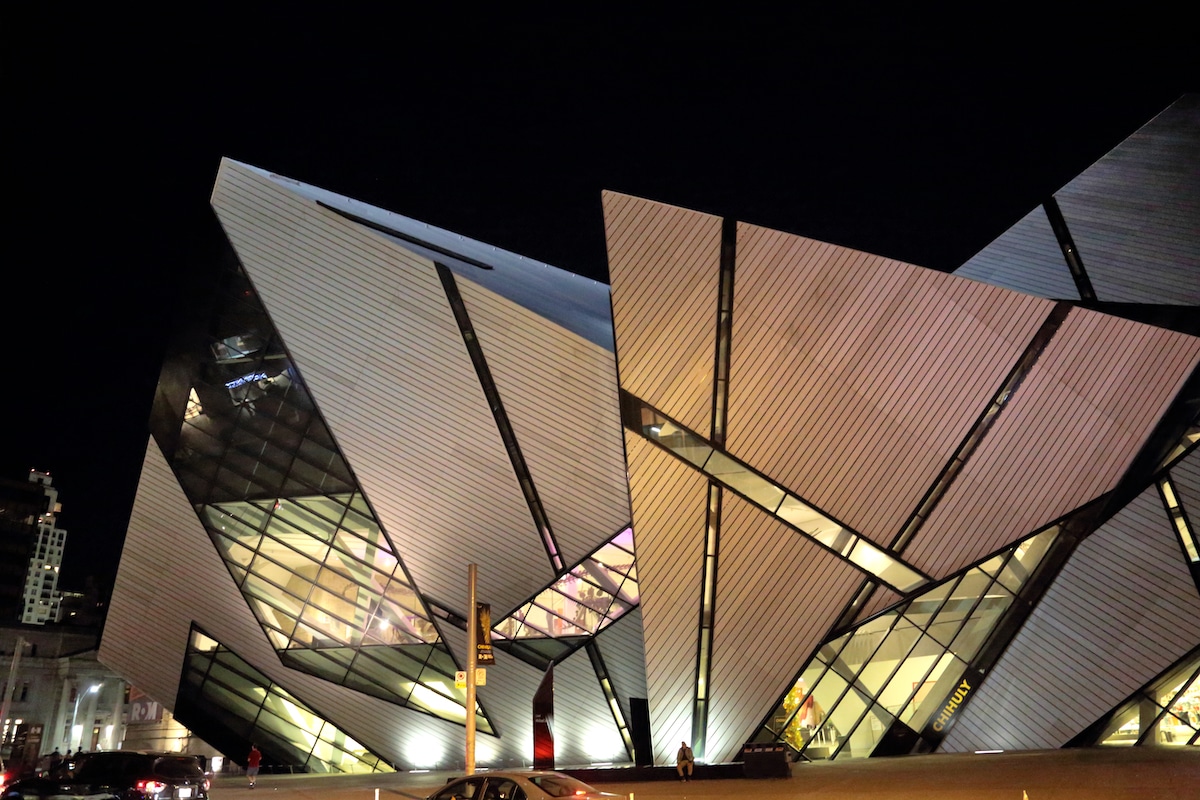 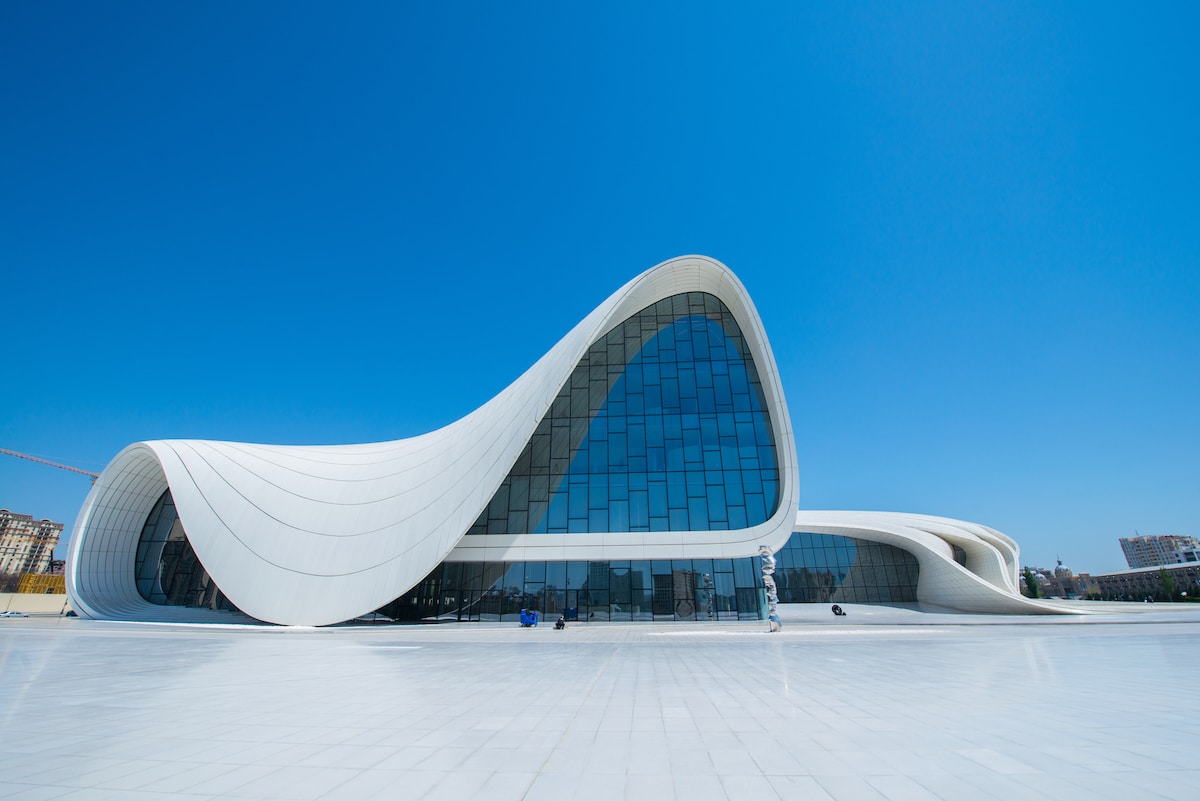 The Heydar Aliyev Center is probably the most recognizable work by starchitect Zaha Hadid. It is defined by a continuous and dramatic curve. The incredible simplicity and beautiful connection between building and landscape make this structure one of Hadid’s greatest works. Aside from its instantly recognizable form and beautifully constructed gesture, the Heydar Aliyev Center’s design also holds significance due to its site.

According to ZHA, the architecture of Baku, Azerbaijan held architectural and urban ideologies from when it was part of the Soviet Union. Azerbaijan made a cultural push to invest in architecture and infrastructure that would help them modernize after gaining independence in 1991. The design competition of 2007 for the Heydar Aliyev Center, therefore, included a tall order: create a building that will house the nation’s culture, separate the nation from its Soviet past, and convey a promise for a brighter future. 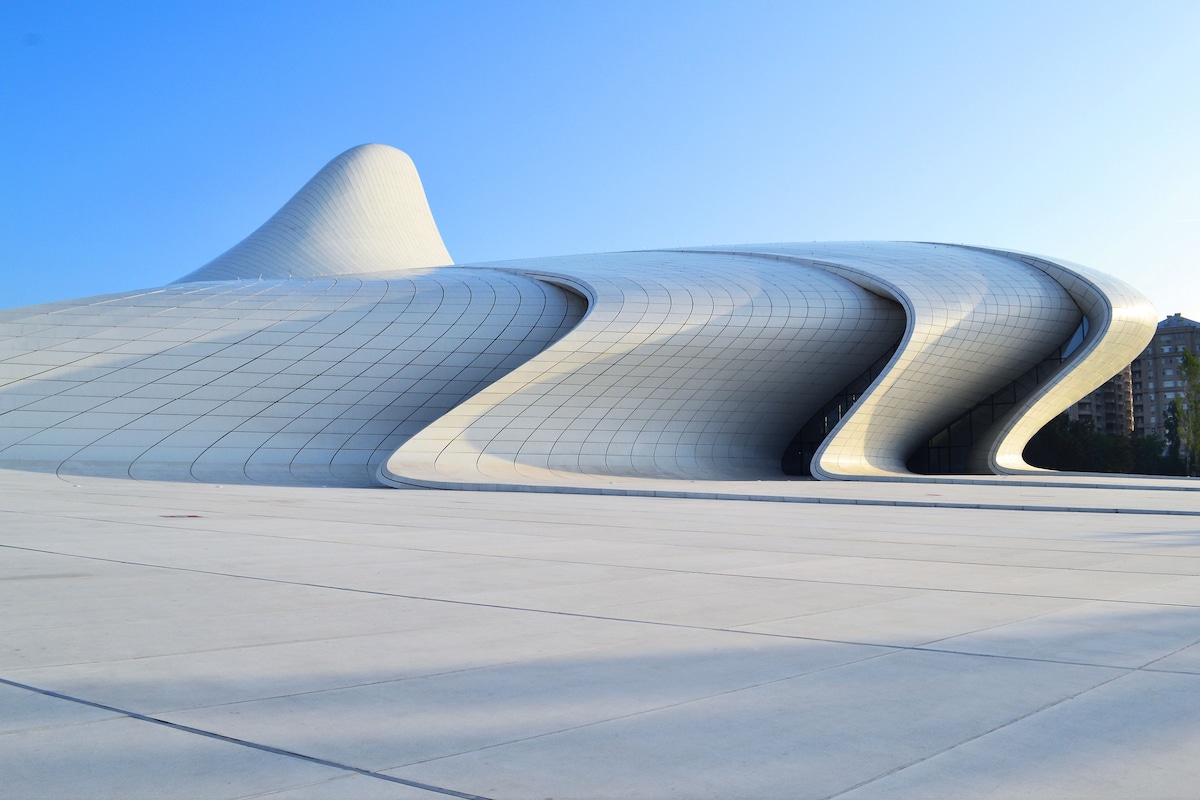